A 52 Week Autobiography Through Music - Week 36 - Andy Narell from Pancycle on Vimeo.

As is often the case after having thought a lot about the artist of the week, listened to their music, having made the video, Sunday rolls around and I find myself a bit at a loss for words to add to this, the written portion of the weekly post.

I will say that beyond the obvious musical influences and the support he has given me as a tuner he also was someone who saw me in and ultimately through the most difficult and challenging part of my life. His support during my struggle with alcohol and my subsequent sobriety is something for which I will be forever grateful.

I had hoped to include him in the video as I thought it would be fun to have one of the artists actually appear in their episode but in retrospect it feels right to have a little separation in that it allowed me to speak about Andy less as someone I know but more in the same tone I have used in speaking about the other artists in the series.

Here are some links to more info about Andy and his music:

I couldn't resist putting this one in - Andy with Mila when she was just a few months old: 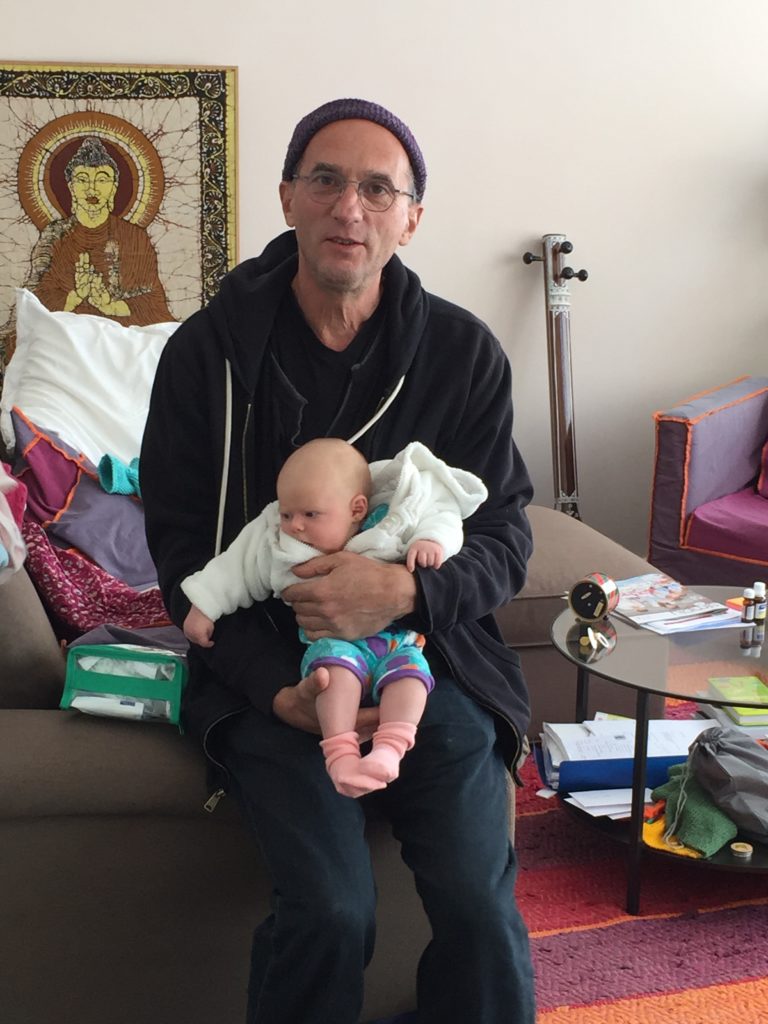 I mention Ellie Mannette in this video a few times and for those of you who don't know who Ellie was you can read my recent post about him here. There you will also find a few links of a more biographical nature. Ellie had a life changing influence on Andy and years later on me.